Once in the hands of Henri Bourgeois’ sons Rémi and Jean-Marie, the family was aspired to explore outside the borders.

This sparked the ‘great search’ that 12 years later, led them to Marlborough, New Zealand to establish Clos Henri Vineyard.

Then they began a worldwide search for a new slice of terroir, similar to their own in Sancerre, where (ultra-premium) Sauvignon Blanc and Pinot Noir could be grown.

After a 12 year exploration, New Zealand revealed itself as the place to create a style of wines that would reflect the Bourgeois philosophy. In the year 2000 the family fell in love with the land and wines of Marlborough and in the same year, made the instinctive and emotive decision to purchase 98 hectares of. The Bourgeois family was amazed at the youthfulness of the land, unlike in France where the ground has been worked for centuries.

The New Zealand vineyard of the Bourgeois family was christened ‘Clos Henri’, pronounced “Klo Enrie”. ‘Clos’ is a French word representing an ancient custom of enclosing a unique vineyard or precious garden, traditionally with a stone wall. The name ‘Henri’ was chosen in respect of Henri Bourgeois and his long family commitment to wine. 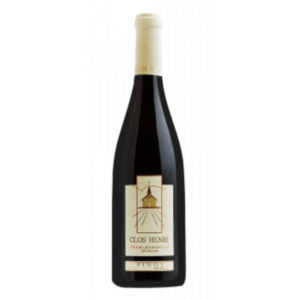